From Wilmington all the way to New York City, Portland, Oregon, Squamish, British Columbia, and Klaipeda, Lithuania, The Gallery at SALT Studio, 805 N. Fourth St., is stretching wide in 2014 to bring in an impressive sampling of regional, national, and international photographers.

SALT’s “2014 Preview Show” offers a taste of what’s to come at the Brooklyn Arts District photography-only gallery.  The exhibition opens with a public reception 6 to 9 p.m. Feb. 28, in coordination with Fourth Friday Gallery Nights (click here to see what else is going down this Fourth Friday.)

The show features work by photographers scheduled to exhibit in 2014.  Internationally, SALT is exhibiting works by Canadian artist Leeta Harding and Lithuanian artist Edis Jurcys.  Locally, SALT is featuring Wilmington photographers Gary Breece and Harry Taylor, whose ambrotype greenhouse installation is currently on display at the Cameron Art Museum.   Out of New York, SALT is bringing in Mariette Pathy Allen (she’s responsible for “Don’t Be a Dishwasher” pictured above) and “WAX + VINE,” a.k.a. Scott Irvine and Kim Meinelt.  Austin Young is based in Los Angeles, and Christopher Rauschenberg is from Portland, Oregon.

SALT issued a statement including biographies of each of its 2014 artists, copied below:

Gary’s fine art photography has been exhibited in Brooklyn, NY, ACME Art Studios and other galleries in the Wilmington area.

Jurcys grew up in a small beach town, Klaipeda, Lithuania. He studied film in the prestigious Soviet Union Film Institute VGIK and spent eight years working as a cameraman for Moscow State Television.

In 1989 he moved to the United States to unite with his  wife in Los Angeles. Currently he  lives in Portland Oregon and works full time as a still photographer and videographer.

He has had many solo exhibitions in the USA and abroad.  His work is in hundreds of private collections.

In 2004 he published my first book of B&W photographs, called “Thread” and in 2008 ghe published his second book ” Silence of the Crane Feathers”.

Mariette Pathy Allen has been photographing the transgender community for over 30 years. Through her artistic practice, she has been a pioneering force in gender consciousness, contributing to numerous cultural and academic publications about gender variance and lecturing throughout the globe. Her first book “Transformations: Crossdressers and Those Who Love Them” was groundbreaking in its investigation of a misunderstood community. Her second book “The Gender Frontier” is a collection of photographs, interviews, and essays covering political activism, youth, and the range of people that identify as transgender in mainland USA and won the 2004 Lambda Literary Award in the Transgender/Genderqueer category. She has also been a valuable consultant to several films about gender and sexuality.

Her life’s work is currently being archived by Duke University’s Rare Book and Manuscripts Library, and the Sallie Bingham Center for Women’s Studies. She is currently working on an in-depth study of transgender women in Cuba, which is to be published in a book titled, “Trans Cuba” on Daylight Press, and another project about transgender veterans in the US. In addition to her work with gender, Mariette’s background as a painter frequently leads her to photographic investigations of color, space, and cultural juxtapositions such as east/west, old/new, handmade/manufactured. Mariette lives in New York City with a rotating cast of friends and loved ones.

This summer The Gallery at SALT Studio will be exhibiting her never before exhibited body of work called ‘Scapes’ of photographs taken all around the globe.

Allen has exhibited world wide in numerous and solo shows. She is also in the collection of many major art museums.

Rauschenberg was born in New York in 1951, son of famed post-modern artist Robert Rauschenberg. He as practiced photographic art since 1957, and has a B.A. in Photography from The Evergreen State College in Olympia, Washington.  He has taught photography and art from 1982 to 1996 at Marylhurst University in Lake Oswego, Oregon.

He has photographed all over the world. He has had 105 solo shows and many group shows world wide. Available monographs of his work include three books, seven print-on-demand books and a deck of cards.

He is a co-founder and past president of Photolucida, co-founder, co-curatator and Board Chairman of Blue Sky Gallery in Portland, OR where over the last 37 years he has co-curated and co-produced 724 solo exhibitions and 48 group shows. He is a co-founder and current member of the co-op Nine Gallery and has edited and produced around 60 art and photography publications.

His work is in the collections of 11 major museums and was the Bonnie Bronson Fellow for 2003.

Harry Taylor is a fine art photographer based in North Carolina. Harry mostly works in the Wet Plate Collodion process, this involves large format cameras, up to 16×20 and on site processing in a portable darkroom. This work explores the American South; Harry’s home and base. Harry’s work has been featured in Haven, Garden and Gun,Our State, Coastal Living, Slate.com, Juxtapose, NPR radio pictures blog, Time lightbox, The Atlantic, The Paris Review, and most recently the Oxford American.

In 2011, Harry was honored to be invited to the World-Renouned Sianoja Simposio International  De Artist En Noja, Spain, as the sole representative from the United States. Harry currently has an installation called, “Requiem in Glass: Brady’s Greenhouse” on view in the Cameron Art Museum. 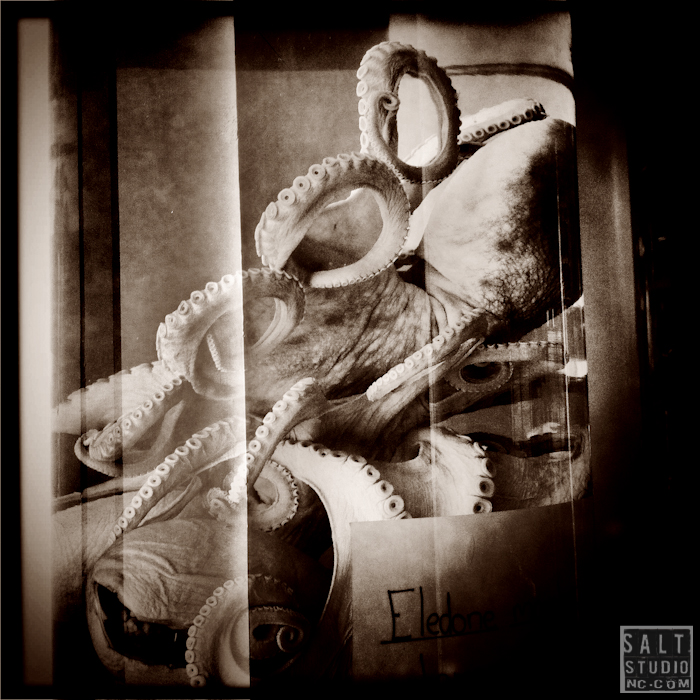 Scott Irvine is a graduate of Rochester Institute of Technology where he received a B.F.A. in Fine Art Photography. His photography has been exhibited in several NYC galleries including Bridgewater Fine Art, E3 Gallery, Robert Mann Gallery and Mine Gallery in Brooklyn, where he has a permanent residency exhibiting his work. He recently had his first solo European show in Prague, and had two photographs sold in the February 2008 Christie’s Photographs Auction. He was included in the group show Obsessions curated by John Zorn, at the MEM Gallery in Osaka, Japan. Scott was one of the featured artists in the 2010 New York Photography Festival, which was curated by Lou Reed. He has been featured in several prestigious photography publications including Blind Spot and is a regular contributing photographer for the music magazine, The Sentimentalist, which has allowed him to work closely with many notable musicians and bands. Other steady clients include book covers for HarperCollins Publishers and CD packages for John Zorn’s CD label, Tzadik. He has self-published photography books with the online publisher Blurb. In his spare time, Scott works with metal, designing and welding custom steel frames for his photographs and plays guitar in the indie rock band, Submarine Bells. He currently lives and works in Brooklyn, NY.

Austin Young is a Pop-Culture Architect, photographer and trans media artist. Young has been documenting pop, sub, and trans culture since 1985 through portraiture.

They have shown at festivals including Frameline, MIX, In addition to photography and filmmaking, Young is co-founder of Fallen Fruit, an art collective who use fruit as a common denominator to change the way you think about the world. Fallen Fruit has had major exhibitions at Los Angeles County Museum of Art; Hammer Museum; Salt Lake Art Center (Salt Lake City, Utah), Machine Project, Matadero (Madrid, Spain); LACE (Los Angeles) and ARS Electronic (Austria). Fallen Fruit is a Creative Capital grantee for 2013 and just completed LA Counties first Public Fruit Park in Del Aire with a grant from the LA County Art’s Commission.

The WAE: Wilmington-area Arts & Entertainment is dedicated to experiencing, discussing and promoting the arts in Southeastern N.C. From theater and all manner of music to visual art, dance, festivals and more, The WAE is populated by people who are immersed in local A&E. If it’s about A&E in Southeastern N.C., then we’re all about it.