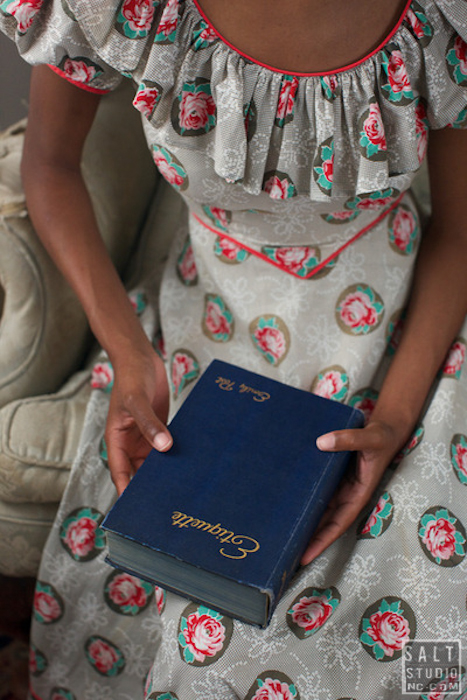 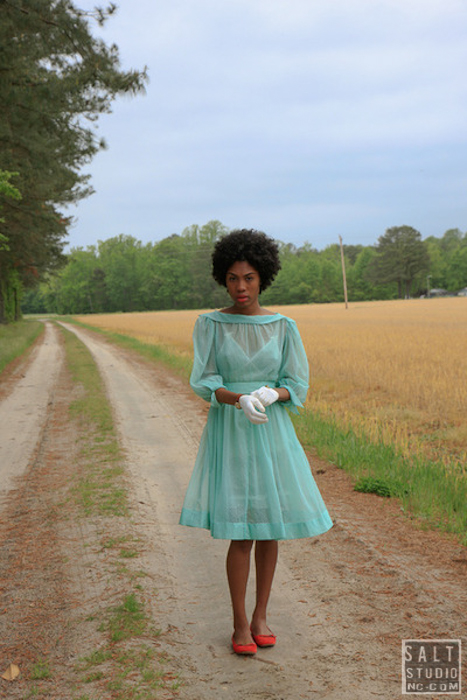 Exhibitions: Numerous national and international group and solo exhibitions over the last 25 years.

As far back as I can remember I have documented and collected women’s stories. I was influenced by my mother’s family albums from America’s Golden Era. The pearl and heel clad women in her photographs smacked of blood red lipstick and pink party dresses. Economy was flush, television took over the dinner hour and American made automobiles were the norm. Life was good, or was it? It was a Kodak color dream world to me. Those images left an indelible impression. Over the years my photographs became interwoven with ideas and themes about fashion culture, beauty, societal roles and expectations of women.
This portrait series is about role reversal. I’ve placed young African American women in staged southern settings wearing vintage dresses that I found in thrift shops in North Carolina and Virginia. They inhabit an exclusive world that would not of been available to a woman of color from that era. The dresses are symbols of transition into womanhood and outdated social manners straight from the musty pages Emily Post. The Debutant in white crinoline waiting for her suitors on a porch swing; a 1950s model in a fitted red print dress from Sears Robuck; the wealthy socialite in her diamonds and pearls in a bright orange skirt suit; and a young woman in her sunday best, wearing a mint green dotted swiss taking off her white gloves as she walks along the driveway of her father’s antebellum plantation. I held castings at a local coffee shop and got to know many young women from the African American community. They became role models of grace, beauty and strength.
My photographic exploration of the south grew deeper, more personal and more political. When I left NYC four years ago I opened myself up to a completely different way life, culture and people. l hope to exhibit this work through out the south and reach a larger audience in New York where I spent the most of my career as a magazine and art photographer. My ultimate goal, however is to partner with a major art book publisher and bring this work to wider audience.