Christopher Rauschenberg grew up having three artist parents, He has been a photographer since 1957 or 1973, depending on how you count, and he has been a curator since 1975. Consequently, he is happy to find himself in artists’ studios often. He is primarily there to look at their art but loves to savor the delightful conjunctions of objects and images in those studios – 2 and 3 dimensional collages that both create and result from the powerful artistic charge that is the lifeblood of an artist’s studio. (Book.)
To purchase any of these works, please call 910-367-5720.
All images  are all open edition, Pigment Inkjet Prints, $800 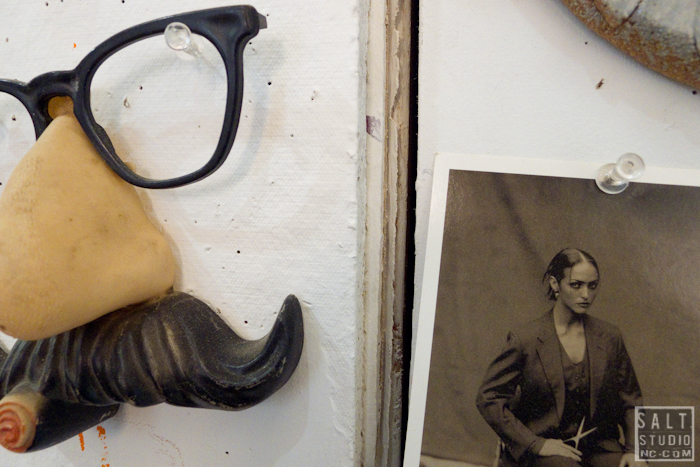 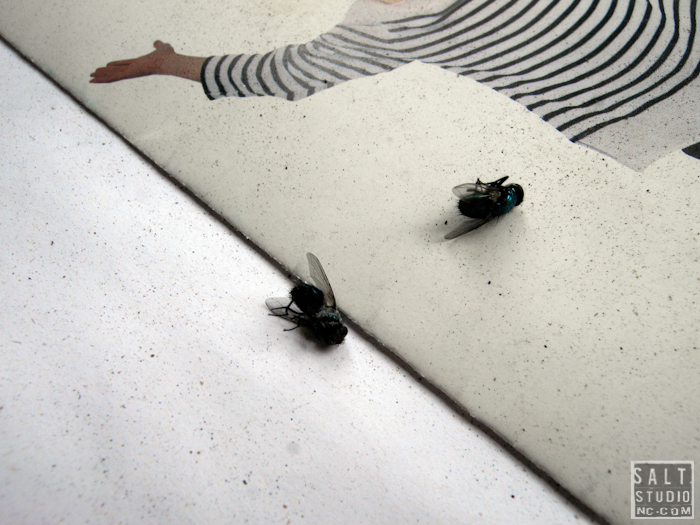 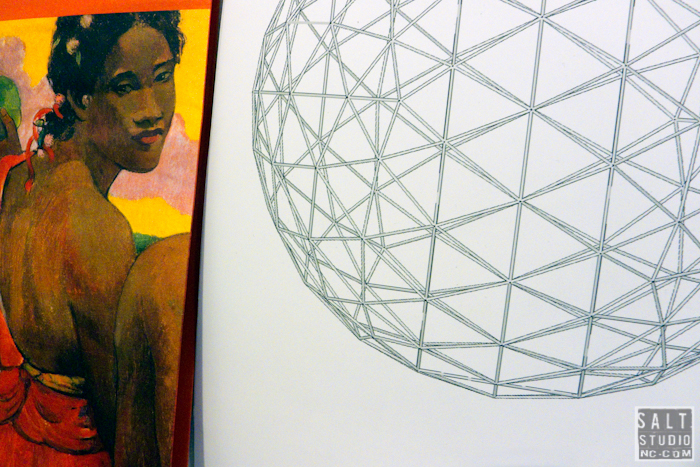 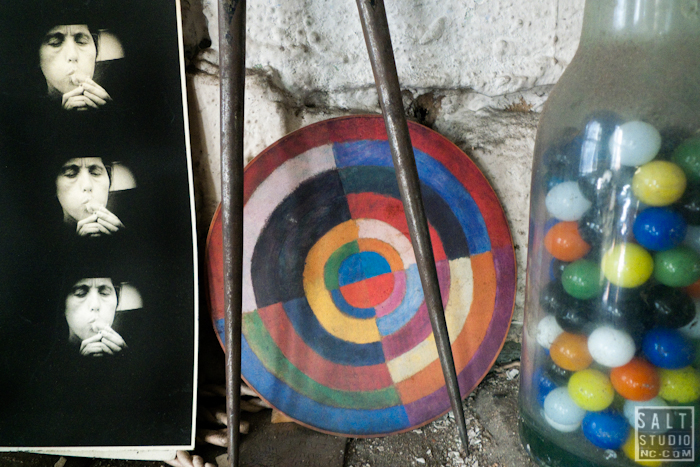 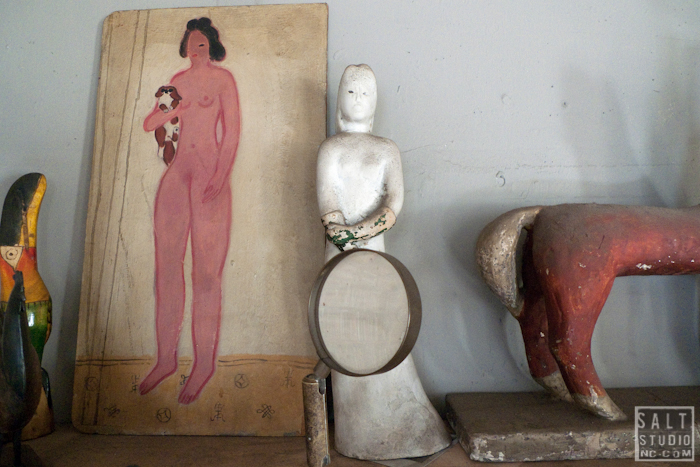 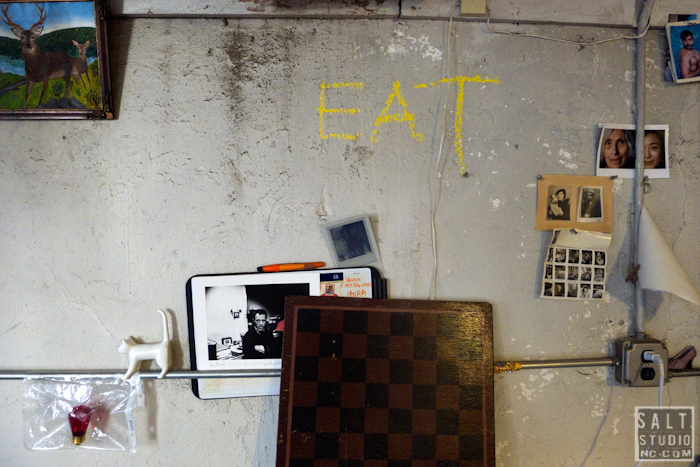 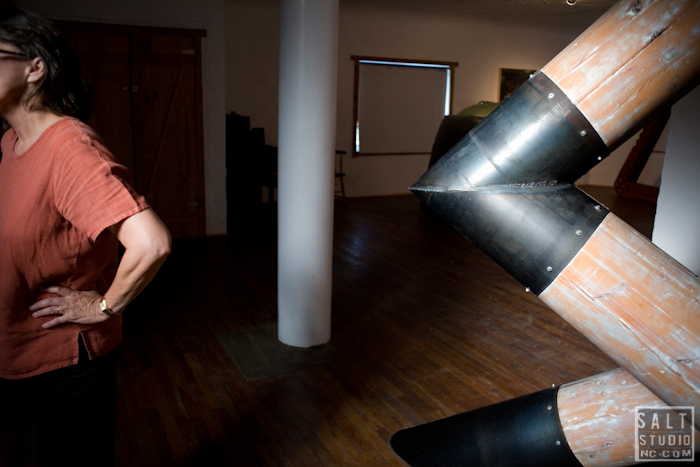 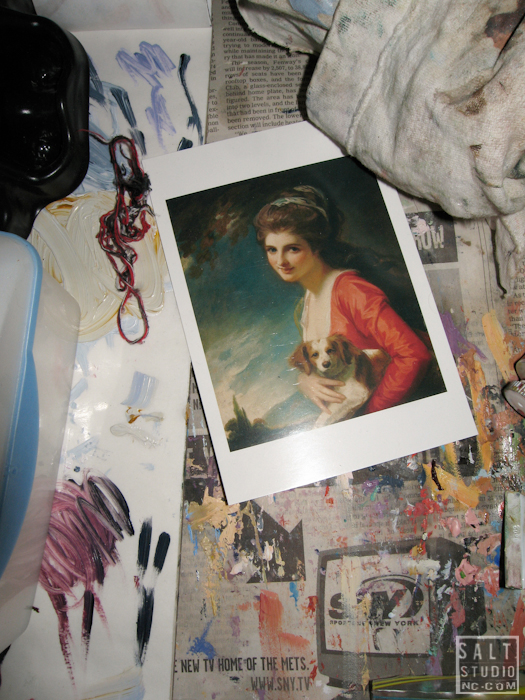 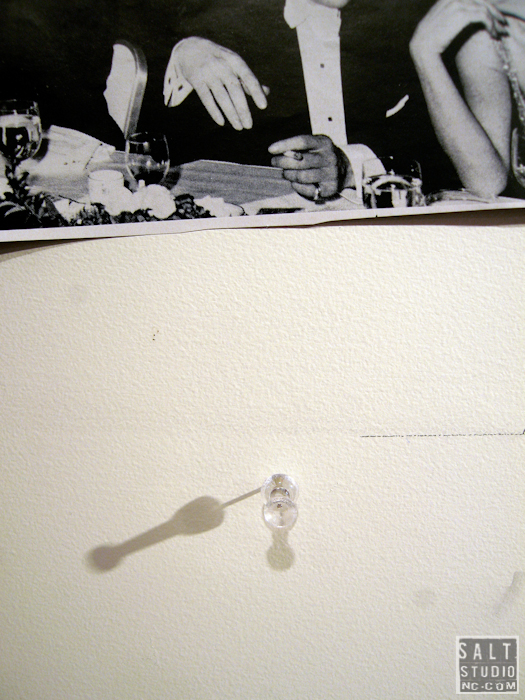 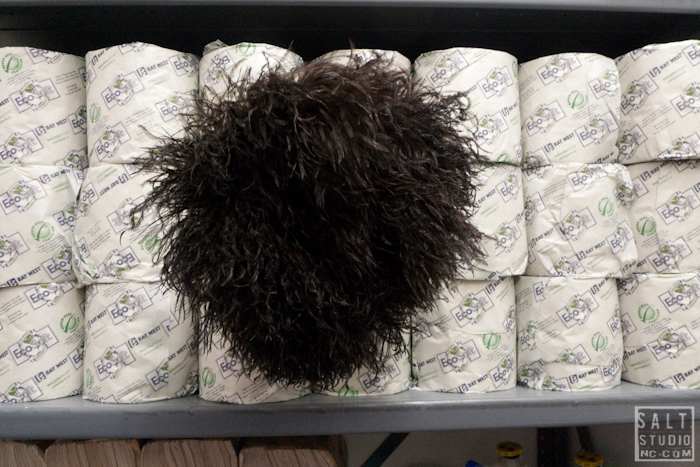 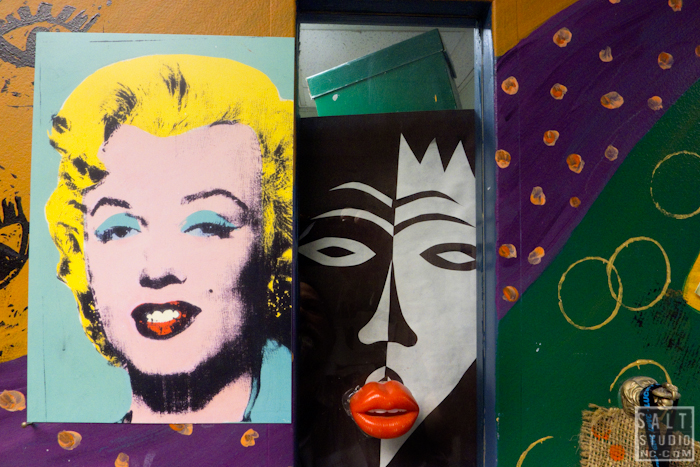 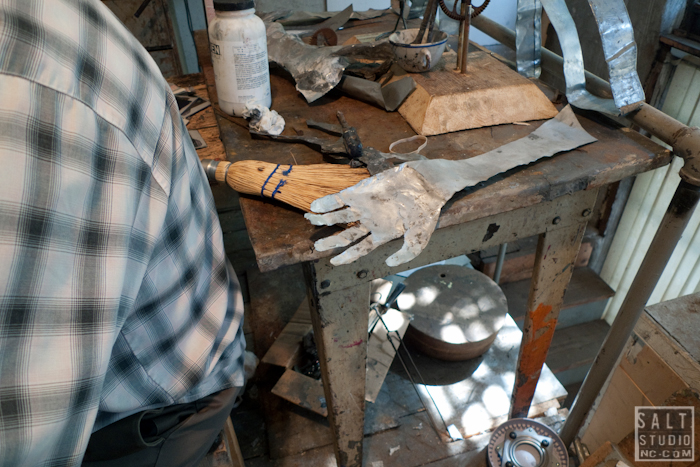 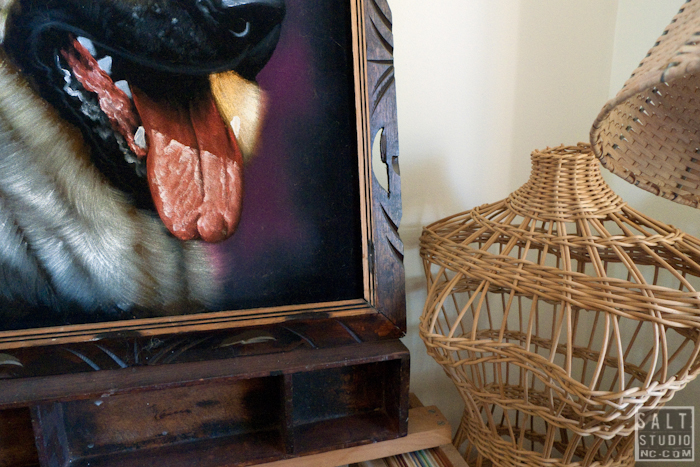 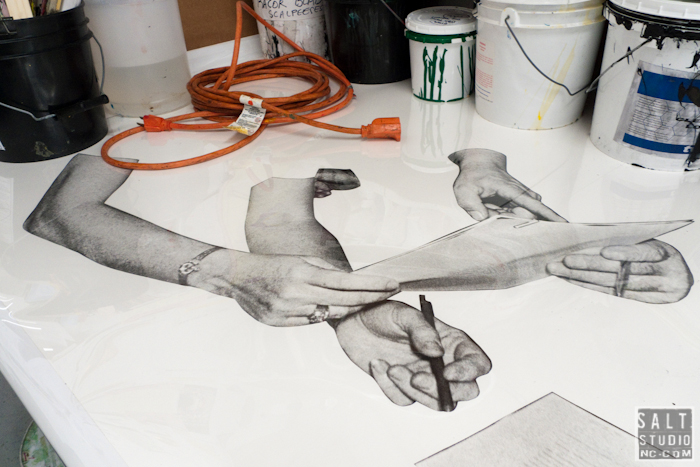 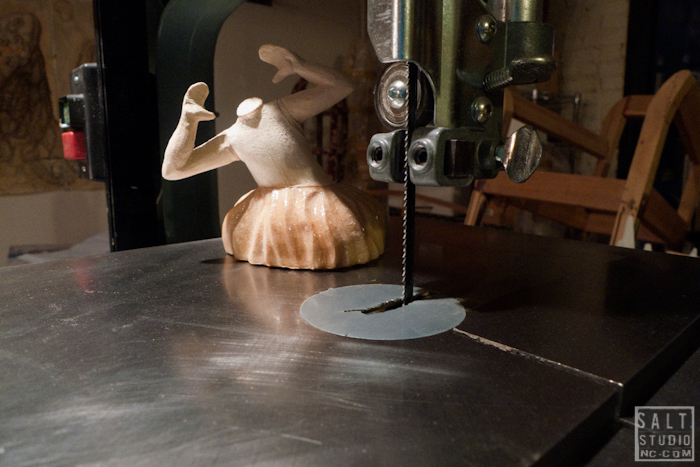 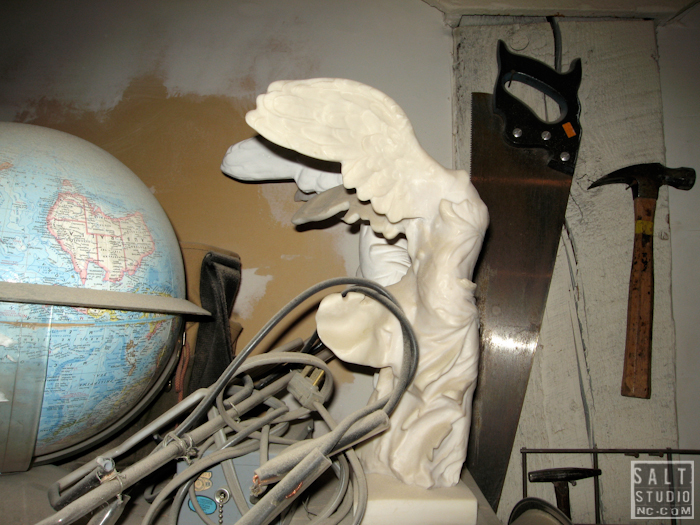 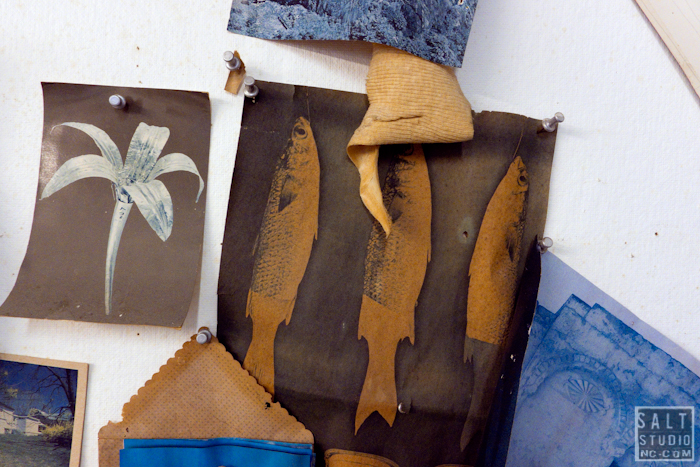 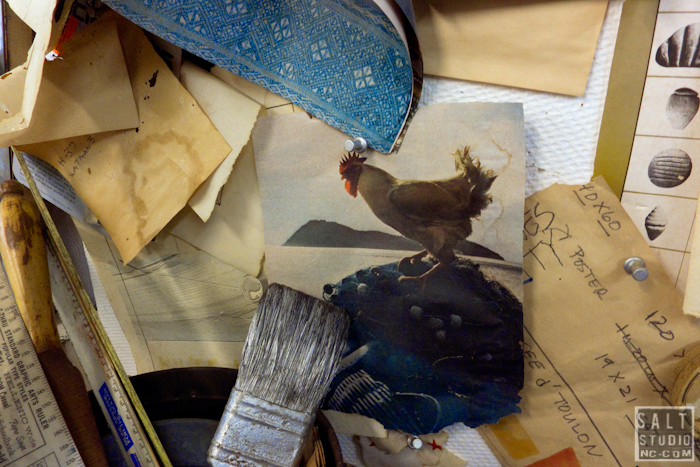 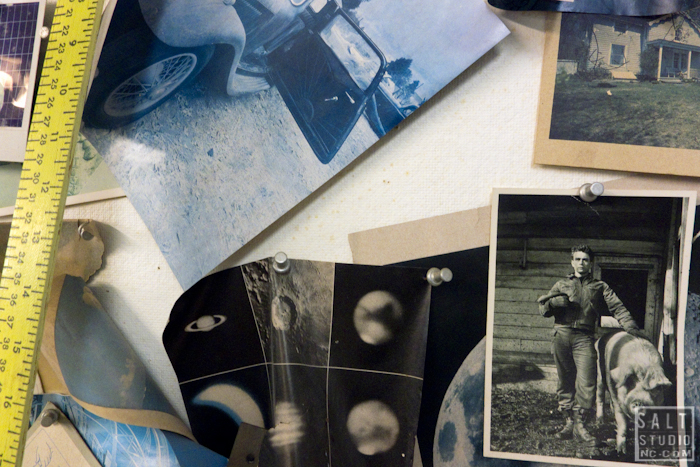 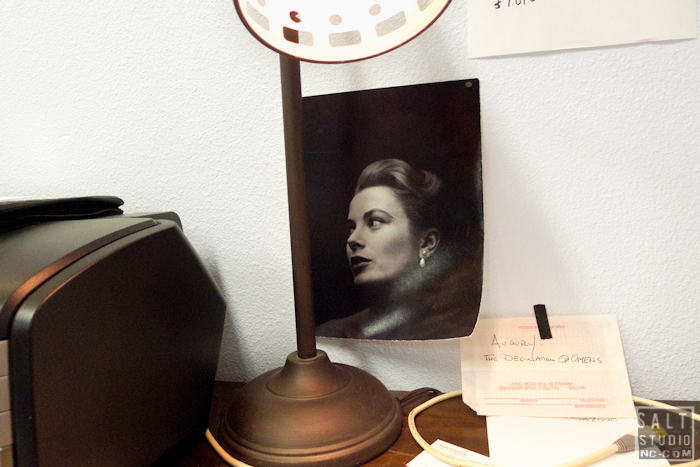 Christopher Rauschenberg was born in New York in 1951, the son of famed artist Robert Rauschenberg. He has practiced photographic art since 1957, and has a B.A. in photography from The Evergreen State College in Olympia, Washington.  He taught photography and art from 1982 until 1996 at Marylhurst University in Lake Oswego, Oregon.
He has photographed in Argentina, Austria, Brazil, Canada, China, Cuba, The Czech Republic, Denmark, England, France, Greece, Guatemala, Germany, Honduras, Holland, India, Italy, Turkey, The United States, and Uruguay.  He has had 105 solo shows in Argentina, Brazil, England, Germany, Italy, Sweden, The United Sates, and Yugoslavia.  Ruaschenberg’s work has also been featured in group shows in Canada, China, The Czech Republic, France, Germany, Greece, Slovakia, Sweden, and the US. Available monographs of his work include three books, seven print-on-demand books and a deck of cards.
In 1995, Rauschenberg organized a group of a dozen artists who joined him in a nine year long systematic photographic exploration and documentation of the city of Portland. (www.PortlandGridProject.com)
His second group of a dozen artists just completed a second nine year re-exploration.
In 1997 and 1998, he took three trips to Paris and rephotographed 500 of the images made of that city by Eugene Atget between 1890 and 1927. (LensCulture Interview) (Book)
He is a co-founder and past president of Photolucida (a Portland Photography Festival formerly  called Photo Americas) (www.photolucidia.org).  He is a co-founder, co-curator, and Board Chairman of Blue Sky Gallery (www.BlueSkyGallery.org) where, over the last 37 years he has co-curated and co-produced 724 solo exhibitions and 48 group shows. He is a co-founder and current member of the co-op Nine Gallery and he has edited and produced around 60 art and photography publications.
Rauschenberg’s work is in the collections of 11 major museums and he was the Bonnie Bronson fellow for 2003.
Christopher Rauschenbergs web site is :www.christopherrauschenberg.com