Independent filmmaker Dylan Patterson (left, in hat), on the set of his locally shot short film ‘Anhedonia’ in 2011. Patterson said he would have a tougher time making the film today, given that many film industry professionals have left Wilmington. Photo by Kelly Starbuck

This summer or sometime thereabouts, Wilmington’s Dirt Poor Film Festival will go out in a blaze of glory.

The festival/gathering, which since 2012 has been holding semi-regular screenings of work by local and regional independent filmmakers at downtown Wilmington’s Calico Room, recently sent out a call for entries to “Dirt Poor Apocalypse,” the festival’s final chapter. As one comment on Dirt Poor’s Facebook page put it, “This is how the world ends. Not with a bang, but with a film festival.”

“Most of our original cofounders, including myself, have had to move” to find work in the film industry, John Lopez wrote in a Facebook message. Film jobs have dried up in recent months, and he’s eyeing August for Dirt Poor’s swan song.

It’s just one local example of how some in Wilmington’s independent film community are predicting dire consequences for their art form in the wake of the well-publicized downturn in film production tied to the reduction in tax incentives provided by the state of North Carolina.

But, as always, where there is destruction, there is often opportunity.

Troy Carlton straddles the film industry and independent filmmaking worlds. For a decade, he’s worked as a grip on such locally shot productions as HBO’s “Eastbound and Down” and summer blockbuster “Journey 2: The Mysterious Island.” He also co-owns Crane House, a camera and crane-rental business. Locally shot CBS drama “Under the Dome,” one of the few productions left in town, was renting one of his cranes just this week.

Carlton has also had films in Wilmington’s Cucalorus Film Festival, including the short action cop comedy “McDuffy: The Urban Eagle” in 2013 and “Half Empty,” a dark, comic feature, in 2009. He’ll be submitting to Dirt Poor Apocalypse, but there’s a “99 percent” chance he’ll be moving to Los Angeles in October and taking one of his rental cranes, which he calls his “bread and butter,” with him.

“As an independent filmmaker, I’m not going to say (the lack of local production is) good, but it’s forcing me to jump out of my comfort zone,” Carlton said. “There’s limited opportunity here for independent filmmakers. There is not the interest (from) people who actually have money.”

Because he had the downtime, however, in January Carlton was available to shoot a short film, “Step-A-Head,” directed and co-written by Wilmington’s Jonathan Guggenheim. It’s an offbeat comedy about a young graphic designer (Wilmington actor Taylor Kowalski, who just moved to L.A.) given 24 hours by his boss (locally based actor Peter Jurasik) to design a logo for a men’s shampoo bottle.

“Joe Dunton (of JDC Wilmington Camera Services) hooked us up with a great camera package, mainly because it was not being used at the time,” said Guggenheim, who used a small grant from the Arts Council of Wilmington and New Hanover County to help fund “Step-A-Head.”

Despite the fact that no one was getting paid, the filmmakers were able to recruit Emmy-nominated sound man Larry Long.

“When everybody’s busy in Wilmington, you can’t make this kind of stuff with that crew,” said Chad Keith, producer of “Step-A-Head” and the production designer for such indie hits as “Take Shelter” and “Martha Marcy Mae Marlene.” “If there’s three shows (shooting) in Wilmington, everybody’s eaten up. People take the time to make their own projects during these times.”

But while the downturn in film production might be good for independent filmmakers in the short term, “In the long term, it just cuts the legs right out of the independent film community and the scrappy independent filmmaker who’s out here borrowing equipment and getting people to work for two or three days who are super-qualified,” said Dan Brawley, director of Wilmington’s Cucalorus Film Festival, which in some ways is the face of independent film in Wilmington. “All of those little fringe benefits of the industry start to wither away.”

The downturn is “certainly going to hurt Cucalorus,” Brawley said. “Some of our funders are going to shrink back a little bit.”

PNC Bank recently pulled out as a presenting sponsor of Cucalorus, Brawley said, something he couldn’t definitively tie to the film industry’s local decline. That said, it’s just not just the big-money donors Brawley is worried about losing.

“In a real tangible way, some of the people who funded Cucalorus for years and years and years are literally in Atlanta,” he said, referencing an exodus of film workers to the city that’s become a major production center. “The ‘Dawson’s Creek’-‘One Tree Hill‘-‘Sleepy-Hollow’ continuum has been funding Cucalorus since some of the very early days. It’s a little harder to write a check when you’re that far away.”

In the summer of 2011, Dylan Patterson, who by day is a mild-mannered English professor at Cape Fear Community College, shot his passion project, the short film “Anhedonia.” It’s a whimsical fairy tale with a budget of $25,000 – $3,000 of it Patterson’s own money – and features such working actors as Cullen Moss, Traci Dinwiddie and Shane Callahan. Patterson started submitting “Anhedonia” to festivals this year, but were he to try to make it, or any film, this summer, Patterson said, it would “absolutely” be more difficult, and not only because both Callahan and Shawn Lewallen, who shot the movie, are working out of town: “There wouldn’t be like, ‘I have a half day off on Wednesday, let’s have a production meeting.'”

Tanya Fermin, a member of the Wilmington Female Filmmakers Collective, just finished her first film, a short called “The Arrangements,” and plans to shoot another short, “Senses,” next month.

“As a female filmmaker, it is already difficult in this industry, and with the demise of the incentives it puts a dismal cast on any type of funding that would be of help here in North Carolina,” Fermin wrote in an email message. “Being an independent filmmaker it forces us to use our local resources in unique ways to tell stories from our point of view that people want to see.”

Fermin said that when she shoots her film next month, “It will be difficult to find some crew because so many have moved out of state to find work. But we will press on for the love of making movies.”

At best, the future of film, and independent film, in Wilmington is uncertain. Later this summer, the General Assembly will pass a budget, probably not with the $60 million in grants the N.C. House has in its budget or the $10 million Gov. Pat McCrory has in his, but somewhere in between. Some predictions are in the $40 million range. Once the smoke clears, independent filmmakers will better see where they stand.

But some of them aren’t waiting. Caylan McKay and Patrick Basquill, the two twenty-somethings behind the fledgling Fake Brothers production company, are debuting a new short film tonight, which is the kick-off for a series of fundraisers they’re doing in the hopes of financing an indie feature.

“We already have everyone saying it’s dead, it’s gone, it’s leaving,” McKay said. “But for me, (the Fake Brothers fundraising weekend) is kind of showing that not all hope is lost. With UNCW‘s film school and Cape Fear (Community College)’s film school, we still have great filmmakers.”

Besides, say those who have been around Wilmington’s film industry and independent film community for a long time, you never know what the future might hold.

“Tell people to make their own projects,” said Chad Keith, the production designer. “If they still want to make films, do your own stuff and keep it alive. It will come back. It always comes back.” 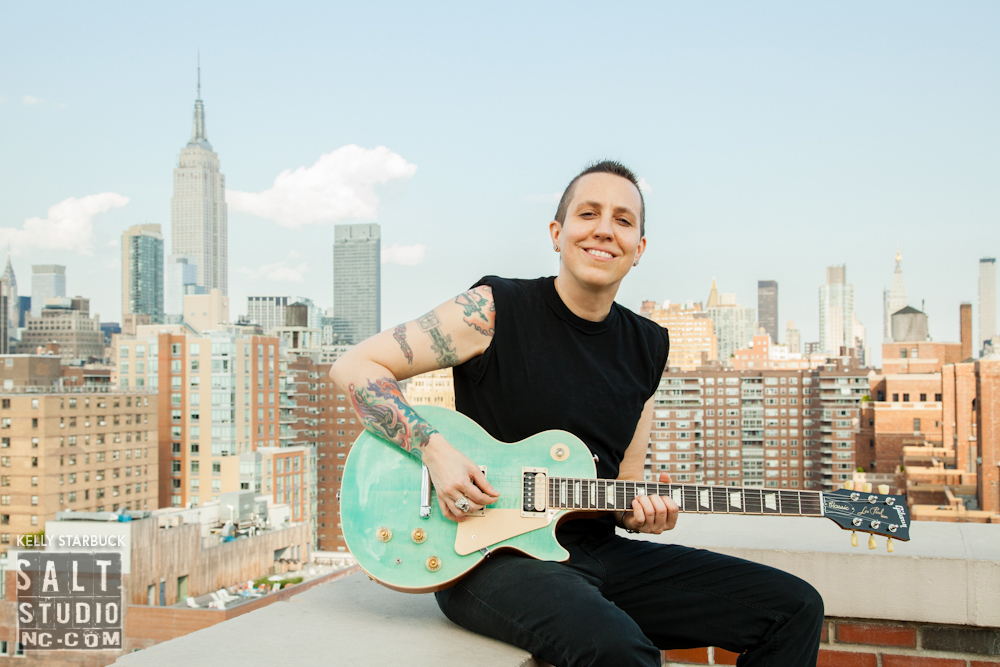